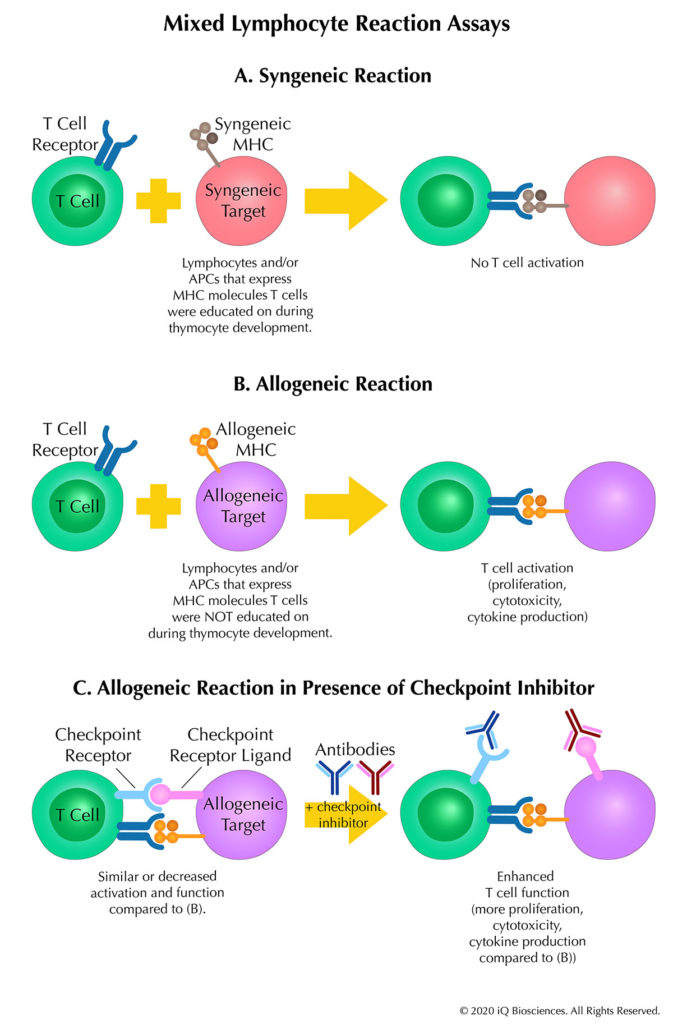 Major histocompatibility complexes are some of the most diverse haplotypes in the human and mouse genome. The function of these molecules is to present peptides processed from ingested full length proteins or internal proteins on antigen presenting cells (APCs). The ligand for the peptide/MHC complex is the T cell receptor (TCR) on T cells, which becomes activated if the TCR binds the peptide/MHC complex.

Besides the ability to present peptides, MHC molecules are extremely important for T cell development, which occurs in the thymus. There, self peptides, which are generated from innate proteins, are presented on MHC molecules to developing T cells. T cells whose TCRs bind the self-peptide/MHC complexes tightly are deleted (negative selection), while those that have no affinity die from the lack of signals. In contrast, TCRs that bind in moderate strength are selected (positive) to exit into the periphery to combat foreign pathogens. This selection process is highly dependent on the individual’s MHC molecule in which the TCR and its T cell will not recognize the peptide presented on another MHC haplotype.

Further studies dissected the basis for these reactions, and it was discovered to be based on the difference in the MHC haplotype. Because the F1 APCs expressed MHC molecules from both parental strains, the F1 T cells were selected on both of them so the T cells would recognize those MHC molecules as self and not react. In contrast, T cells from the parental strain would respond to F1 splenocytes because the APCs express both MHC haplotypes and the parental T cells would recognize the other parent’s haplotype as foreign and react to it. These types of experiments are now commonly known as mixed lymphocyte reaction (MLR) assays and used to interrogate T cell function.

iQ’s MLR Assays: Designed with Your Goals in Mind

At iQ Biosciences, we have experience performing MLR assays and will work with you to design experiments relevant to your studies. Our MLR cultures consist of co-culturing isolated CD4 cells with in vitro differentiated DCs of a different background. After the culture period, proliferation and cytokine production are often assessed. For proliferation, iQ offers a variety of methods including CellTiter-Glo and CFSE dilution while cytokine production is measured with Cytokine Bead Arrays or AlphaLISA for supernatant-based readouts.

Therapeutic molecules, such as those that target immune checkpoint proteins, can also be added to the MLR assay to determine their effect on T cell function. For example, PD-1 checkpoint inhibitors can be included in cultures followed by assessment of IFN-g production. Other functional readouts can also be performed to corroborate the observations.

With our extensive knowledge of factors that influence MLRs and our flexible readouts, iQ can help you design the right experiments for your studies. Please contact us for more information or request a free quote.