ADCP: The Covert MoA for Therapeutic Antibodies You Need to Know About (Part 1)

ADCP: The Covert MoA for Therapeutic Antibodies You Need to Know About (Part 1) 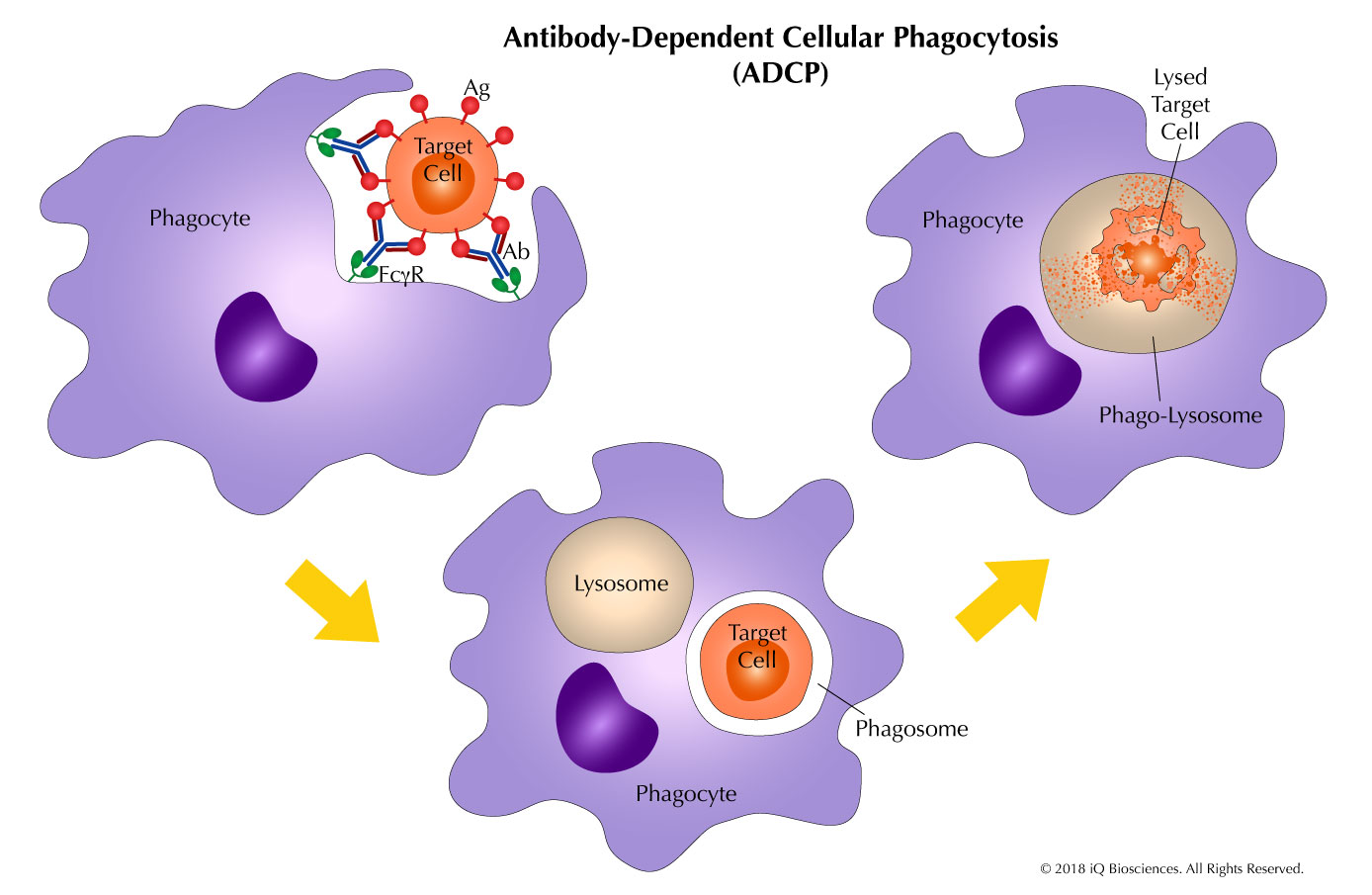 Therapeutic antibodies can work through various mechanisms of action.  They can inhibit ligand-independent dimerization to prevent downstream survival and proliferation signaling pathways or induce apoptosis of target cells.  In addition, therapeutic antibodies can activate the immune system to drive antibody-dependent cellular cytotoxicity (ADCC) or complement-dependent cytotoxicity (CDC) to eliminate aberrant cells.  However, one lesser known mechanism mediated by the immune system that is also driven by these antibodies is antibody-dependent cellular phagocytosis (ADCP). In this blog, we will introduce ADCP and discuss the data that supports its role in the anti-tumoral effects of therapeutic antibodies.

What is antibody-dependent cellular phagocytosis (ADCP)?

What is the data that suggests ADCP is a mechanism of action for therapeutic antibodies?

The previous study was extended into a disease setting by transplanting lymphomas into wild-type mice and demonstrating that ADCP by macrophages were responsible for B cell depletion.  In these experiments, macrophage-deficient mice that received lymphoma cells were unable to eliminate them with anti-CD20 antibodies, while mice with macrophages could. These results further support the hypothesis that ADCP driven by phagocytic cells is a mechanism for elimination of tumor cells.

Finally, ADCP was also observed with Kuppfer cells, phagocytic cells that circulate in the liver.  Using intravital imaging, Kuppfer cells were observed to engulf B cells, as well as lymphoma cells, in the presence of anti-CD20 antibodies.  Together, these studies illustrate that ADCP is a mechanism of action for monoclonal CD20 therapeutic antibodies in vivo.

In our next blog, we will discuss factors that can influence ADCP, such as the Fc receptors involved, the polymorphisms of some Fc receptors, and the glycosylation state of the antibodies.