What is a cytokine storm? 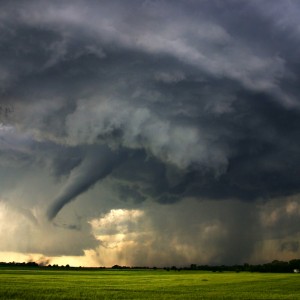 A cytokine storm, or cytokine release syndrome (CRS), is a clinical event resulting from the infusion of antibody therapies in patients. The patients experience a massive release of pro-inflammatory cytokines, which leads to debilitating symptoms, severe multi-organ failure, and the need for advanced medical care1. Needless to say, this is an unwanted side-effect of the biologic.

One of the most well documented cases of a biologic that caused a cytokine storm is TGN1412, an anti-CD28 “superagonist” antibody that was proposed to treat certain autoimmune diseases and hematologic cancers2.  While TGN1412 is an extreme case, other antibodies, such as Herceptin and Campath are also associated with pro-inflammatory clinical infusion reactions2.

From the pre-clinical safety testing, there was no evidence TGN1412 would cause the adverse, life-threatening reactions in first-in-human trials.  The in vitro experiments showed that TGN1412 induced some T cells to proliferate, but there was no suggestion it would cause a significant release of pro-inflammatory cytokines2, 3.  In addition, there were no adverse events reported in Cynomolgus macaques that received TGN4122, 3.  From these data, regulatory approval was received to proceed to Phase I clinical trials.  Six healthy volunteers were infused with TGN1412 and all suffered severe adverse events within two hours of administration1.  The adverse events included pain, amnesia, diarrhea, vomiting, fever, and severe multi-organ failure, all of which was subsequently attributed to a cytokine storm1.  This case emphasizes how important pre-clinical studies are for development of a therapeutic antibody as well the importance of clinical trial design (staggering patient treatment schedules, etc).  Moreover, it suggests that assays for pre-clinical studies at that time were not sufficient and new assays and/or modifications had to be developed.

Why did the pre-clinical studies fail to reveal adverse events in patients?

Subsequent studies to determine the lack of predictive value of the pre-clinical studies suggested there were two main causes2: 1) the pre-clinical in vitro studies did not presumably simulate TGN1412’s presentation in humans, and; 2) Cynomolgus macaques were a poor choice of animal for safety assessment (see our previous blog on Tissue Cross-Reactivity for more information).

In pre-clinical in vitro studies, little cell proliferation and cytokine release was observed in cultures with soluble TGN14123, 4.  However, after the Phase I trial, studies were performed to more accurately mimic the in vivo situation.  It was observed that plate-bound TGN1412 resulted in proficient release of IL-6, IL-8, and TNF, as well as cell proliferation5.

In the Cynomolgus macaque studies, there was no indication of any adverse events, even at 500 times the concentration used in human trials2, 3.  So what went wrong in the pre-clinical in vivo studies?  After the Phase I trial, studies demonstrated that the cytokines responsible for the cytokine storm were released mainly from human CD4+ effector memory cells6.  Interestingly, however, Cynomolgus macaques CD4+ effector memory do not express CD286, rendering TGN1412 non-reactive with these cells.  Obviously, this would not lead to cytokine release.

Together, these findings have led to additional approaches and assays to assess whether potential therapeutics that modulate the immune system are indeed safe and ready to proceed to clinical trials.  As part of the new strategy, comprehensive cytokine release assays (CRAs) are performed by internal safety assessment teams or by contract research organizations, such as iQ Biosciences (see this link: Cytokine Release Assays), to partially establish if the biologic can indeed proceed to first-in-human trials.