What assays are used to identify good therapeutic candidates that modulate the immune response? 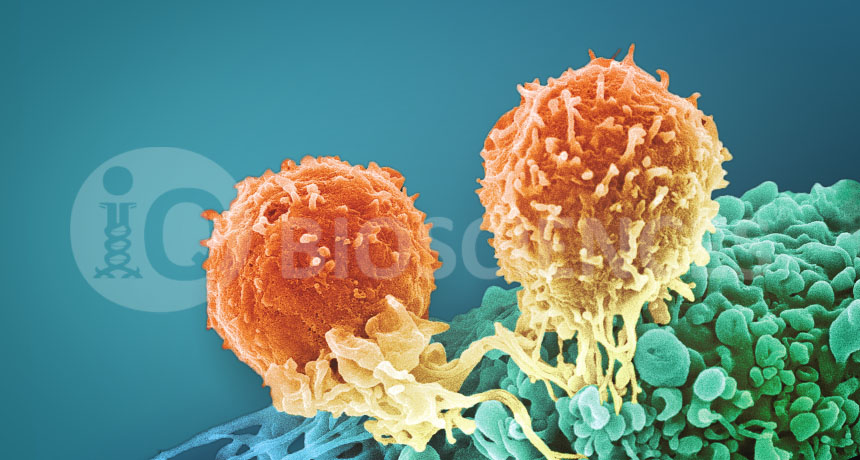 What assays are used to identify good therapeutic candidates that modulate the immune response?

The approval of Yervoy ushered in a new era of cancer treatment options where the immune system could be modulated to attack and eliminate cancer cells. Following suit, it is forecasted by financial experts that the immuno-oncology treatment space could be worth $20-50 billion dollars by 2020. Not surprisingly, the race is on to identify new regulators of lymphocyte response and to develop therapeutics against already discovered ones by large pharmaceutical companies and start ups.

But how are good therapeutic candidates against targets that modulate immune response identified? Commonly, the first assay is to ensure that the therapeutic binds the target and prevents it from interacting with its ligand. At iQ, a flow cytometry based binding assay is used to identify candidates. Briefly, the candidate is incubated with a cell line expressing the target, then treated with the ligand for the target, followed by a fluorescent antibody that can detect the ligand. If the candidate blocks interaction, the ligand for the target cannot bind and there would be no fluorescent signal since the antibody does not have access to its epitope. CROs, such as iQ, can also develop the cell line(s) to express the target of interest and then identify the potential candidates in one streamlined process.

What assays are performed after candidates are identified with the binding assays?

Blocking the interaction between a target and ligand does not necessarily mean the candidate will have its desired effect or have any effect for that matter. Functional assays must be performed in order to demonstrate any modulation of the immune response. For that, proliferation, cytokine release, and cytotoxicity assays are performed.

Each of the functional assays require activation of the lymphocytes, which can be done artificially, such as through CD3 antibody or PHA, or with real antigen if the lymphocytes are from donors that have been previously exposed to the infectious agent (virus, bacteria, etc.). Once activated, the lymphocytes will begin to proliferate, secrete cytokines, and lyse cells if targets are co-cultured with the lymphocytes. Proliferation can be assayed in various formats, including thymidine incorporation and CFSE dilution if using a flow cytometry-based method. Cytokine secretion can measured using ELISAs or Cytokine Bead Arrays via a flow cytometry-based approach. Finally, cytotoxicity can measured using radioactive chromium release, LDH (lactate dehydrogenase) release, or fluorescent nucleic dyes that are cell penetrant only when the plasma membrane is no longer intact.

In these functional assays, the therapeutic candidate is added to the culture and the results are compared to cultures without the candidate. Whether the target is an inhibitor or stimulator of lymphocyte function, therapeutics that increase immune response will exhibit an increase in proliferation, cytokine release, or cytotoxicity.

In the competitive landscape of immuno-oncology, it is extremely important to work with CROs, such as iQ, that have immunology experience, who can perform and interpret results from complex functional experiments on a routine basis. iQ has years of experience performing these type of functional assays and can recommend the most appropriate ones depending on your needs.