In vitro T lymphocyte stimulation is extensively used for the study of T cell functions and responses. Mitogenic molecules such as PHA or SEB have traditionally been used as these agents are good inducers of polyclonal T cell responses. This is primarily due to PHA stimulation assays or SEB stimulation assays having a long publication history, well-characterized potent mode of action, and relatively inexpensive cost when compared to using monoclonal antibodies. However, when the primary goal is to facilitate T cell expansion, CD3 CD28 stimulation beads or soluble tetrameric CD3 CD28 antibody complexes are very useful to induce the robust and reproducible expansion of T cells in vitro. The activated T cells can be analyzed shortly after activation (for transfection/transduction or to study TCR signaling, proteomics, gene expression, etc.) or can be left in culture to differentiate into T helper cell subsets or expansion of polyclonal/antigen-specific T cells.

CD3 CD28 stimulation beads from Dynal or Miltenyi are very proficient at inducing T cell activation.  Dynal uses beads that are a uniform 4.5 µm diameter, inert, and similar in size to antigen-presenting cells.  These beads are covalently coupled to anti-CD3 and anti-CD28 antibodies to make CD3 CD28 stimulation beads. In contrast, Miltenyi uses smaller anti-Biotin Beads that need to be conjugated with biotin labeled antibodies, in which additional antibodies, such as CD137, can be included.  Both systems allow for the removal of paramagnetic beads via their magnets and columns.  To circumvent some of the potential toxic issues associated with paramagnetic beads (iron oxide, etc.), Stem Cell Technologies offers soluble tetrameric antibody complexes that bind CD3 and CD28 for short term activation of T cells; however, this reagent can also be used for long term T cell expansion.  All of these Tcell expansion reagents can be supplemented with IL-2 in the cell culture media to enhance growth.

How will my CD3 CD28 Stimulation Assay be performed?

Our iQ immunologists will work together with your team on the experimental design of the CD3 CD28 stimulation assay and the workflow. We primarily use PBMCs from healthy donors or disease samples at the optimal cell concentrations under soluble stimulation conditions with or without IL-2 supplementation in the cell culture medium. Alternatively, whole blood can also be used. For animal bridging studies, mouse splenocytes or mouse PBMCs can also used for stimulation assays with mouse CD3 CD28 T cell activating beads.

Depending on the project objectives, some goals often include the addition of a therapeutic that can modulate the T cell response.  In that case, short term readouts, such as measuring cytokines or proliferation, can be easily measured using AlphaLISA on our Perkin Elmer Enspire 2300 Multilabel reader or by flow cytometry, respectively.  Other projects include long term expansion of T cells where the goal is to maintain high T cell viability for additional downstream assays (cryopreservation, transduction, additional experiments requiring larger numbers of T cells, etc.).

Finally, our research team will put together a report of the findings based on your needs. Together, we will work with you at every step of the process to ensure you are comfortable and involved. With this open communication policy, you can feel confident that your molecule is being tested properly and the results are reliable.

We are a small biotech company that critically depends on outside reagents and reliable contract research to move therapeutic candidates forward. We have turned to IQ Biosciences for access to their quality cellular reagents (including primary lymphocytes), ability to perform a wide range of in vitro assays to support our validation path, and their experience in designing and executing preclinical in vivo studies. I have been extremely pleased with their ability to execute work plans on time, communicate effectively, and apply a high level of scientific rigor that is unparalleled in my experiences with other contract organizations. Importantly, they care about the progress of our research and development. 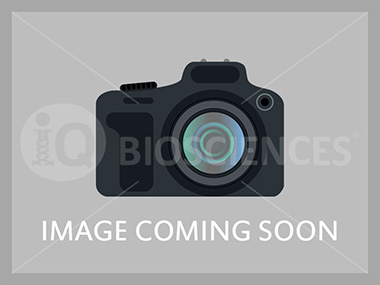