Hurry up and Wait? The recent fuss about CAR-Ts

Hurry up and Wait? The recent fuss about CAR-Ts 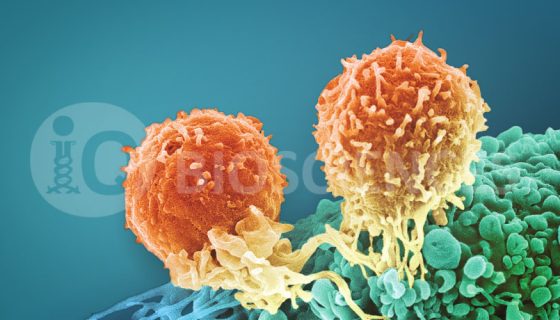 What are CAR-T cells?

CAR (chimeric antigen receptor) T cells (CAR-T) are genetically engineered T cells that express receptors which recognize cancer antigens and attack the cells that express them. Therefore, they are a new cell-based immunotherapy for oncology indications. The results for leukemia and lymphoma patients receiving CD19-specific CAR-T cells have been extremely promising so far.

CAR-T currently come in two main flavors: autologous or allogeneic. In order to prevent an allogeneic response against foreign T cells, CAR T cells are generated from the patient’s own T cells. T cells are taken from the patient and genetically engineered to express the receptor that recognizes the cancer antigen by infecting them with a virus encoding the receptor. The receptor consists of an extracellular domain that binds the antigen and an intracellular domain that contains signaling subunits of the CD3z chain and a co-stimulatory molecule, such as CD28 or 4-1BB and have gone through multiple rounds of modifications refinement (Mol Ther Oncolytics. 2016 May 18;3:16014.) Cells expressing the receptor are then selected, expanded, and infused back into the patient. Other groups have taken the “off the shelf” approach in using allogeneic T cells that have gene editing to suppress certain protein targets involved in allogeneic rejection. Interestingly, if this approach is successful, it could potentially allow for standardization of this therapy for both manufacturing and treatment for future patients.

How effective is CAR-T cell therapy?

Like mentioned above, initial results for leukemia and lymphoma patients receiving CD19-specific CAR-T cells have been quite promising. In an ongoing study from the University of Pennsylvania and Children’s Hospital of Pennsylvania, a 90% response rate was observed in B cell acute lymphoblastic leukemia (B-ALL) patients that received CD19-targetted CAR T cells. Similarly, an overall complete response rate of 91% was seen in B-ALL patients that received a similar therapy at Memorial Sloan Kettering Cancer Center. Another study at the National Cancer Institute yielded a 70% complete response rate in their own study with B-ALL patients. Finally, a 90% complete response rate was observed at Fred Hutchinson Cancer Research Center when patients received CAR-T cells generated from subsets of CD4 and CD8 central memory T cells. While all these studies are still in early stages with less than 50 patients each at the time of this writing, these response rates are unprecedented.

Unfortunately, 3 recent patient deaths, all of which were attributed to cerebral edema, have put a damper on the excitement of CAR-T cell therapy. Juno Therapeutics, the biotech that developed the therapeutic, attributes the deaths to co-administration of fludarabine, which wipes out the existing immune system, with the CAR-T cells. The trial was temporarily halted, but has now restarted after the protocol was modified to remove fludarabine.

What are the side effects of CAR-T cell therapy?

Without fludarabine, administration of CAR T cell therapy also has life threatening side effects on its own. In addition to neurological toxicity, anaphylaxis, off-tumor recognition, and graft versus host disease, cytokine release syndrome (CRS) has been observed in all of the studies mentioned above. CRS is the result of an overabundance of pro-inflammatory cytokines, also known as a cytokine storm, in the patient after the T cells become activated. This typically occurs day 1-10 for patients due to the rapid T cell expansion during that time. This massive release of pro-inflammatory cytokines results in debilitating symptoms, severe multi-organ failure, and the need for advanced medical care. There have been great efforts to define the diagnostic criteria for CAR-T cells (Sci Transl Med. 2014 Feb 19;6(224):224ra25), including more recent clinical management considerations that involve the usage of anti-IL-6. For more information regarding CRS, please see our previous blog on Cytokine release assays (CRA).

Because CRS has been observed as a side effect in all current trials with CAR-T cells, it is recommended that CAR-T cells be tested for its level of cytokine production in vitro. This measurement can be performed with CRAs, where multiple cytokines can be measured from the supernatant of in vitro activated T cells. CROs that specialize in immune assays, such as iQ Biosciences, can help define the parameters for testing cytokine production from activated CAR-T cells. The resulting levels can be compared to other therapies that give rise to CRS, such as monoclonal antibodies, systemic IL-2, and bi-specific antibodies to assess the potential threat and severity of CRS. In addition to measuring the cytokine release activities in-vitro, iQ Biosciences has also noticed more early stage programs incorporating cytotoxicity reactivity assessment against a panel of normal human cell types, presumably due to recent FDA pre-IND comments for their respective programs.

Given the unprecedented response rate of CAR-T cells, it is an exciting and promising immunotherapeutic that tips the balance toward an amped up immune system to destroy tumor cells. However, the immune system is exquisitely modulated and any tip of the balance too far one way will result in deadly side effects, such as CRS. Thus, it is imperative to perform preclinical studies that will assess the threat level for these types of side effects. iQ Biosciences, with their immunology expertise, will work with clients to design experiments that will help assess these threat levels to help advance their CAR-T cell programs.